Member of Parliament  for South Suffolk

Member of Parliament  for South Suffolk

James Cartlidge lives in Assington, near Sudbury, with his wife Emily and four children. James was a Babergh district councillor until May 2015, representing the parishes of Bures St Mary, Little Cornard and Newton Green. His professional background is as an entrepreneur, having founded Share to Buy ltd, a shared ownership property portal, mortgage broker and host of the ‘London Home Show’, the capital’s biggest event for first time buyers.

Share to Buy’s portal officially hosts all the properties available from the Mayor of London’s ‘FIRST STEPS’ scheme, providing the platform at no cost to the taxpayer (having previously been subsidised at a cost of £2m per year). Please use the following link to view all of the available properties: https://www.sharetobuy.com/

Housing is certainly one of James’s biggest passions and he uses his experience and background in the industry to push for solutions to the housing crisis. Most notably, James was Chairman of the All Party Parliamentary Group on Housing and Planning from 2015-2017. He was also a member of the Public Accounts Commission. After the 2017 General Election, James was appointed as the Parliamentary Private Secretary (PPS) to the Health Ministers Philip Dunne, Steve Brine, Jackie Doyle-Price and Lord O'Shaughnessy. At the beginning of 2018, James was promoted to PPS to Secretary of State for Health & Social Care, Jeremy Hunt. In September 2018, James was appointed as PPS to Secretary of State for Foreign & Commonwealth Affairs, Jeremy Hunt.

In addition to running Share to Buy, James was previously a volunteer ‘dragon’ to the homelessness charity St Mungos’ Broadway, acting as a small business advisor, sitting on a panel to decide which clients of the charity would receive grants to start a small venture. James has previously stood for Parliament, in Lewisham Deptford (2005 general election). In his spare time, James is drummer for a local pub band. He enjoys cycling around South Suffolk and spending time with his family in the beautiful countryside and villages of the constituency. 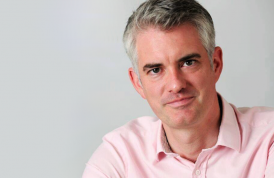 020 7219 4875
https://www.jamescartlidge.com
james.cartlidge.mp@parliament.uk
Find me on Facebook
Find me on Twitter
Copyright 2021 South Suffolk Conservatives. All rights reserved.
Powered by Bluetree