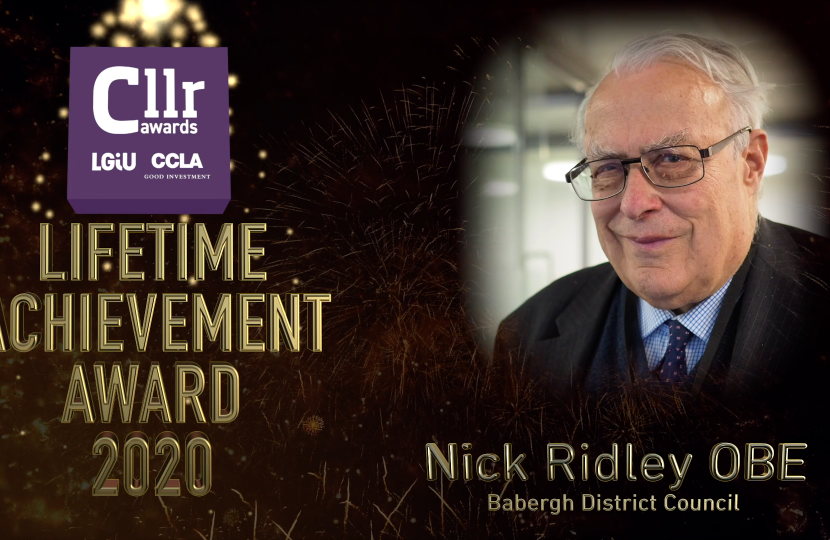 Cllr John Ward said “I was so pleased that Nick won the Lifetime Achievement Award. This is a wonderful accolade to a man that dedicated so many years of faithful and committed service to the people of Suffolk. He will always be remembered as one of Suffolk finest sons. He was passionate about the county and Babergh. It is also testament to the legacy that he leaves behind, and I consider it to privilege to have served alongside him and to have learnt so much from him. He will be missed.

Councillor Kathryn Grandon, Chair of Babergh District Council said: “I am thrilled that Nick’s legacy to Suffolk has been recognised in this way. It is a very deserving memory to a man that was respected and admired by so many for his wise counsel over the years. His service to the council was only part of his community role, he had a great interest in everything to do with Suffolk and played a key role including the Bury St Edmund’s cathedral Millennium project and as president of St Elizabeth hospice. He achieved so much, and this is wonderful tribute to his memory.”

Congratulations to our successful candidates in the County Council elections on 6th May 2021.