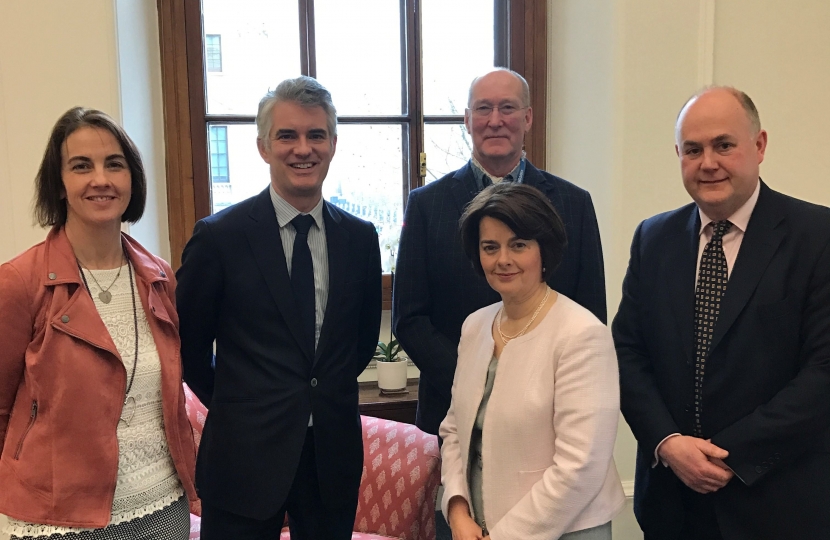 On Wednesday, Richard Sunderland, from The Crown in Stoke-by-Nayland, joined a party of business leaders for the meeting at the Treasury in London. His meeting finished before the terror attack on Westminster took place.

He said: “I had left an hour or so before, and was already on a train back home. We were very near to where it all happened.” Mr Sunderland met with Jane Ellison MP, the minister responsible for business rates, and a senior member of the Valuation Office Agency.

He said: “It was nice to be listened to and they took everything on board. They are arranging for a valuation officer to come to see us.

“We are very grateful to James for organising the meeting; he’s been fantastic in supporting us.” Also attending were Tanja Sadler, from Jimmy’s Farm, in Wherstead near Ipswich, and Mark Scott, from Grove Cottages, a Suffolk company which specialises in romantic holidays.

Mr Cartlidge said: “I was pleased to be able to accompany three business owners from South Suffolk to see the Treasury minister about business rates.

“All three companies are contributing to our local economy and are worried about the impact of business rates on their future development.

“I regard this as a priority matter, particularly with so many businesses in the constituency facing higher rates, and I wanted to be sure that the Government got the message about what impact these have on real-world business decisions.

“Worryingly, all three said to the minister that they may put investment decisions on hold.”

Mr Cartlidge said the visit had highlighted their concerns.

He added: “I was delighted in the budget that there was so much extra support for business rate relief, but there is clearly more to do and I hope this visit has helped to highlight the ongoing concerns of our hard-working entrepreneurs.”

Published by The Suffolk Free Press.