Anyone can be a Councillor 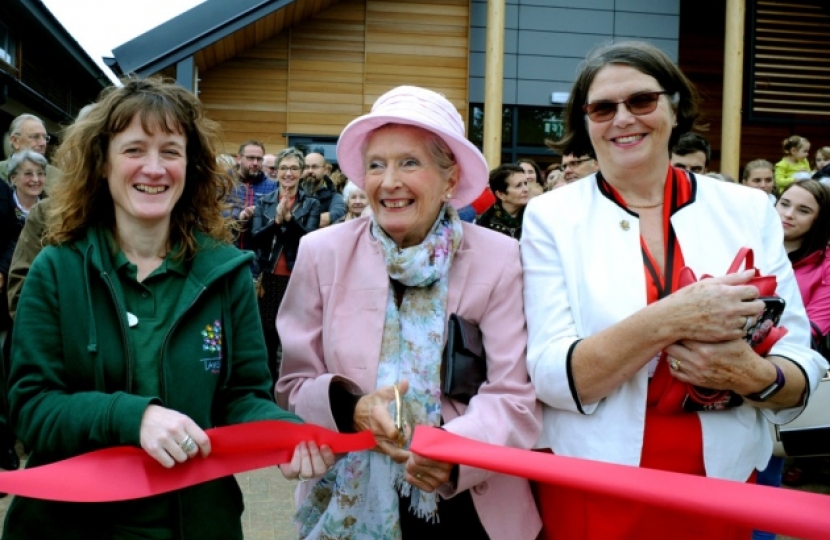 For Margaret Maybury, life as a district councillor wasn’t something that was planned.

A chance approach from an already-serving councillor prompted her to stand for election in the Waldingfield ward at Babergh District Council in 2015.

But Mrs Maybury’s experience shows that even those who have never considered public office have a lot to give.

Other than a passing interest in activity at her local parish council, the Acton-based councillor – who is now a cabinet member for communities – had little in the way of what might be considered ‘experience’. But as she attests to, it is the skills you can offer that counts.

“We all bring something different to the table,” she says.

“I am very aware we need a cross section of the community to represent the residents.”

Indeed, many of those skills are common ones such as the need to listen to people, and calmly and clearly present opinions.

A typical day for Mrs Maybury involves answering the most pressing emails from 6am, before heading to the council for meetings.

Sometimes it can be one and other times several – a mix of council or cabinet meetings which are open to the public or private briefings with officers on certain changes or new policies.

Invariably, there are more emails in the evening, but Mrs Maybury is keen to stress it is not a nine-to-five role, and other than set times for meetings other council work can be carried out flexibly.

Prior to becoming a councillor, Mrs Maybury had been a theologian studying the bible for 14 years, and while giving up that career path was her choice, not a necessity, the Conservative councillor is proof that having a job doesn’t need to stop her from serving.

A common misconception is that only retired people have the time to be a councillor, but there are many with part time jobs and others who still work full time.

“Apart from being a councillor, and a mother, and a grandmother, and a cabinet member, and having a part time job I also care for my husband,” she says.

“It is possible if you are well organised – don’t dismiss it because you think you won’t have time.

“If we don’t encourage the young people, what are we going to end up with? Who is going to take up the mantle when I have gone or my colleagues have gone?”

Alongside that, the allowance system also operates in such a way as to offset some of the loss of work.

Indeed, many employers are entirely supportive of workers who wish to stand as a councillor.

Councils across the country all have a recognition that some will be doing it for the first time, meaning training sessions and briefings are in place, as well as support networks and the expertise of council officers.

Mrs Maybury has proved that broad arguments of ‘not enough time’ or ‘already having a job’ need not inhibit people from standing for office, but there are still common misconceptions about what they do.

“The one myth I want to move away from is the myth that councillors are only elected because of some sort of social standing.

“That is why I am pushing for younger women and others to come forward, because that is not right.

Other misconceptions, she says, include the assumption that they can make sweeping changes and wave a magic wand, that councillors don’t do a lot or that they can fix problems outside of that council’s business, such as district councils being able to sort highways problems.

And while there is no doubt council work can be busy – add on top the reading of reports and helping residents with issues in the community – those involved have no regrets.

“It is a great honour, it is very humbling and a great privilege to do something for others,” Mrs Maybury says.

She adds: “I think that’s what all councillors try to do when they stand, is that they make a difference.”